What’s VoIP and How it Works 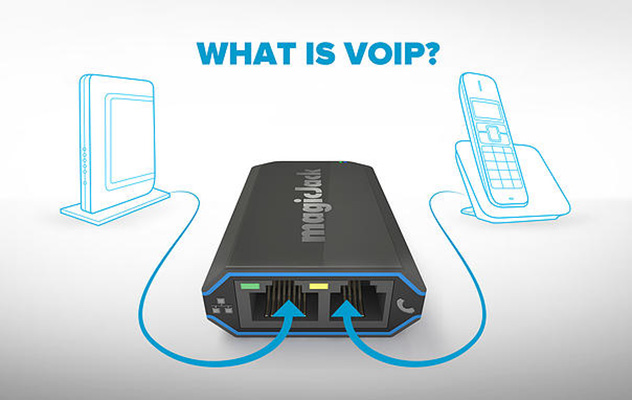 VoIP is becoming increasingly popular and accessible, but many consumers still have not heard of it. It is positioned to change long-distance phone calls forever. VoIP, or Voice over Internet Protocol, is the system that takes analog audio signals, the same used for talking on the phone, and converts them into digital data  to transmit over the Internet. Simply put, VOiP allows you to use the Internet to make phone calls.

Why is VoIP revolutionizing the phone industry? Because VoIP can make a regular Internet connection and give the consumer the ability to make free phone calls. By using free VoIP software to place Internet phone calls, you bypass the phone company and its fees completely.

Certain VoIP providers launched several years ago, and other major phone carriers have been developing their own VoIP calling plans in certain markets across America. Moreover, the FCC is studying the potential explosion of VoIP in the calling marketplace.

In essence, VoIP represents more than just a better mousetrap. It is a complete reinvention of the mousetrap. What are the principles of VoIP, its functionality and its potential as an emerging technology, especially in consideration that it will likely become the traditional phone system of tomorrow?

Currently, VoIP represent three different methods of making a phone call. However, all three of the technology options are cost effective and represent the future of phone calls.

This is the most common and simplest method of making a VoIP call. It uses a device known as an analog telephone adaptor (ATA). The ATA connects a regular phone to an Internet connection or a computer to use VoIP. The ATA device is actually an analog-to-digital converter. It receives the analog signal from a standard phone and translates it into digital data to transmit over the Internet. Several phone service providers offer ATA bundled along with their other services. The process is simple. You receive an ATA device from the provider, plug the phone cable into the device, and you can then make VoIP calls with your phone. Some ATAs may require additional software to integrate with the configuration on the host computer; however, most setups are quite straightforward and easy to do.

These phones look like the old fashioned, standard landline phones. However, rather than utilizing the general RJ-11 phone connections, IP phones use an RJ-45 Ethernet connection. IP phones attach directly to your Internet router, and the phones come with the software and hardware already installed to make IP calls. Wi-Fi phones let callers place VoIP calls from any hotspot.

This may represent the simplest way to place VoIP calls, and you can make long-distance, international calls free of charge. Moreover, several companies provide free or very inexpensive software in order to make VoIP computer-to-computer calls. You need only the software, speakers, microphone, sound card and Internet connection. VoIP works best with fast Internet connections such as DSL or cable. Other than the regular Internet service provider charge, there is no other fee for computer-to-computer calls, regardless of distance.

There are several options for downloading free VoIP software over the Internet. You can download and set it up usually within three to five minutes.

If you want to try an easy VoIP solution, magicJack is a VoIP device that gives you the ability to make unlimited free phone calls in the U.S. and Canada with no monthly bills. With a few minutes of set-up, you can simply use your cordless phone or any wired phone to make and receive phone calls. It offers excellent call quality, and you can use your current traditional phone.

The magicJack device is portable, and you can make calls from home or abroad as long as you have access to broadband Internet connectivity or to the modem or router. You can use magicJack as an alternative phone line or simply eliminate your current landline to save money. There’s even a mobile app companion so that you can take your calls at home or on-the-go.

To learn more, go to magicjack.com.